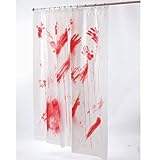 I love a good discussion. I love showing other people my point of view and seeing theirs. Even if I don’t agree with it.

However arguing with a brick wall is not fun, but occasionally it happens.

What really ticks me off is the people who fight unfair or use tactics to derail the conversation.

I had one such discussion today.. We were discussing unethical journalism and how it uses unnecessary sensationalism. Or at least a couple of us were, one of us was arguing against the rest of us.

This is how it ended…

“the entire article is pointless, but you’re letting it trick you into giving it more readers”

Seriously?? Here we are having a debate about journalistic ethics, and he’s accusing us of promoting the article by arguing about it?  Isn’t this the equivalent of being in an argument and one of you saying “You know this argument is stupid, this argument would end if you’re just shut up.” Funny thing was that it wasn’t stupid to me, and that he couldn’t fathom that at this point in our debate.. pissed me off.

I replied with “I only read the damn thing once. You’re the one continuing the discussion.”

He was. We’d make a point or answer one of his questions and go off about our day.. and he’d ask another probing question about it.

He replied with “Then why do you keep replying to me?”

Seriously, are we 5? I’m about to blow my stack in frustration. (For those of you who know me, this means I get scary quiet and concentrate on my breathing.) The only thing I can think to do is walk away. But I want to give him one more chance, just in case he didn’t know he was being an ass. (This was my mistake.)

I reply “WTF? you’re saying I’m continuing the debate now? You’re in this too. #gettingpissy ”

He then replies privately “And yet you still feel a need to reply? Emotion is the enemy of debate” in DM which I can’t reply cuz he’s not following me. Which is probably a good thing because I was out for blood at this point.

So.. for future reference.. if you end your arguments with.. “If you didn’t reply I’d stop arguing” or “No you stop” type methods.. I guarantee I won’t be happy with you when we’re done.  It also means you won’t be getting any makeup sex, and you’ll be lucky if I let you even sleep on the couch. The car maybe.. or out on the front lawn so everyone can see you’ve been an ass.

Oh and when you’ve decided you want to make up, you best be coming with gifts.