As promised.. a bit more about my girly girliness… and the discovery there of..

I wasn’t always very girly. I grew up very tomboy which wasn’t hard to do as my sister closest to me was an avid tomboy, and my best friend was a boy.

I climbed trees, made mudpies, built forts, played with blocks constructing towns with which to race my Hotwheels through. My best friend also had Star Wars action figures.. so there was that too. We played games like Stratego, Inner Circle, Monopoly, and card games like Rummy. (We also played “doctor” but thats neither here nor there. Shhh)

I wasn’t completely “boy” as I had Barbies and played with them rather often as well. It also seems up until maybe age 10 or so, that I loved the color pink (I have a quilt my grandmother made as part of my “hope chest”.. she asked me when I was like 5 yrs old what color I wanted it to be.. I said pink, and it is much to my mother’s dismay). Yet, somewhere between then and High School, I lost all respect for pink.

I was avidly non-pink. I hated it. I wouldn’t touch it and I made fun of girls who did. You know those girly girls in baby pink clothes and ruffles whose entire bedrooms were doused in pink as if Pepto-Bismal came to life and threw up all over the place? Yeah, I made fun of them.

Mostly, I hated them. 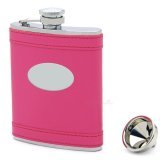 You see.. somewhere I got it in my head that pink was a sign of weakness and that only the weak women.. pansies.. wore pink. I hated that they let men see them that way… as weak pathetic creatures.

I was so well known for it that, I received a present of a gift card for Victoria’s Secret as a gag gift so I could “buy all the pink.”

Then I met Mark.  I was a complete and utter mess when I met Mark. He was a dominant, and I was more than happy to be his submissive.  While in the end, it hurt unbearably, I don’t think I’d be the woman I am today without his help.

During our relationship, I finally felt safe enough with someone to let myself relax and just “be”.  Suddenly I started to like pink. It was odd and I fought it for a while. I didn’t want to be one of those pathetic girly girls. I was better than that.

Mark and I had a long talk. He wanted to know why I thought pink was so evil and why I had such problems with it.  He helped me see just how much self-hatred I was pouring onto myself because of the way I viewed pink. I loved him and respected him so much that I actually listened to him.

It was an odd break-through, and probably something many of you won’t quite understand.. but that moment was freeing. I allowed myself to like things that I wouldn’t have previously due to fear. (The safer I feel, the more girly Iget and vice versa.)

It started with that.. and progressed.  I did a lot of healing while I was with Mark. He really should be a therapist. 🙂

For a while there, everything I purchased was pink, and there are times I would decorate my entire abode in pinkness and roses if I could. As the years go.. I have learned to moderate my pink and girly stuff.

However I still “squeeee” when I see sparkly pink stuff… which is part of the events that Larry watched yesterday with wonder.  I may be a woman, but there’s still a little girl in there somewhere who likes to come out and squeee! 🙂

I'm already Home for the Holidays
Little Sparrow
Fancing a little... Korean ... not a "little Korean"

4 Responses to “From Tomboy to Girlie Girl..”