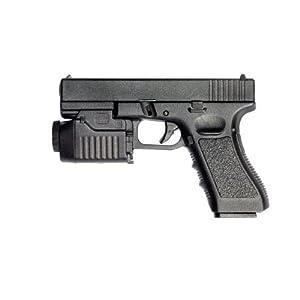 Most of last week was a blur of drinks, networking, and handing out business cards for a business I’d rather live in the dentist’s chair than do anymore.. but a girl’s gotta pay bills somehow since no one is actually very keen on hiring her yet.. and she’s not won the lottery. She’s actually crossing her fingers that the latter will happen tonight.

And that’s how I get into speaking about myself in the third person. I’ll stop that now. You’re welcome.

I really didn’t drink that much on most of my nights out. A glass of vodka and thats about it, but alas networking itself takes a lot out of me. By Thursday, I was actually begging people to hire me full-time so I wouldn’t have to network like that anymore.

“Please Sir, do you know of any jobs? I’ll take anything.”

Alas, even that I can’t do well enough for people to take me seriously. Most laughed genuinely as if I was the funniest gal alive. The only one that sensed truly that I was serious, scolded me for having such a low opinion of myself.

Just so you know, I don’t have a low opinion of myself. I have a year’s worth of rejections that support my low opinion of other’s ability to judge and properly put to use of real talent.

Somehow I managed to get onto a soapbox.. Sorry about that.. Really there’s a story in here somewhere, and I’m attempting to get to the point. Trust me.

Friday, I met with a potential client. It seems that googling information is dead and everyone wants to ask me for my opinion free of charge. That line between saying enough to prove you know WTF you’re talking about, and giving away information that you should charge for, is a very fine line. I left feeling rather used, which is mostly my fault. I like to help if I can. It’s a curse really.

After that, I needed a drink and since my friend Lyssa is back in town, I went to hunt her down to join me.

It took approximately 20 minutes of very aggravating texting before she even told me a place to meet her. (She was downtown, which I didn’t find out until we met all the freaking way up north at a dive bar with the lamest karaoke.)

By the time I got to the bar, I was agitated. I ran to the bar and ordered.

The bartender looked at me quizzically, “Any particular kind?”

“Monopolwa, on the rocks, squeeze of lemon. Not the fruit, just the juice.”

He nodded as if the last part of my statement was insulting. He then gave me the fruit, unsqueezed on the side of the glass anyway.

“Thanks” I said half-heartedly as I squeezed the damn fruit myself and left them on the counter. Just call me “Lemon Hands”, I thought to myself and smiled.

I enter the karaoke room just in time to hear the worst karaoke performance ever. Evidently the guy’s wife had put in his name for the popular Rick-Roll song, which the guy didn’t sing and instead shouted into the mic a toneless free-verse “song” about how she did it to him and a bunch of other things I tuned out.

I thought it was a one-off, but no.. the guy put in several more songs himself and sang all of them in the same tone-deaf way… most of which were heavy industrial metal-type songs. (The crowd at this bar generally sings show tunes, blues, and country, so you can guess just how many people hated him by the end of the night.)

Finally, Lyssa arrives and I get talked into singing. It wasn’t a very hard sell. Anything to keep tone-deaf guy off the mic. I butchered Adele’s “Someone Like You” very well, and still got a few high fives. Obviously, the crowd there has more than one tone-deaf person.

Finally we leave and head to a nearby bar. I get there first and walk in. I kid you not there wasn’t a person over the age of 30 in the entire bar. Generally it’s a good mix of ages, but not that night. Lyssa is older than I am, so I call her to tell her to meet me at the other nearby bar (which I hate because it’s always smoky).

The other bar actually had a band, and it wasn’t bad, but very few people were there. A few regulars.. you know those people you can just tell have been on the bar stools since the place opened in 1970-something. The rest were a mix of younger people and 30-40’s life-rejects. I won’t be going there again.

This is when Lyssa sees the guy she took home the last time we both went out together. She slept with him that night and he never called her again. She waved him over to the table to ask if he was in fact “the guy” and he confirmed it.. then he walked away. He was obviously uncomfortable with her.  I don’t know what all went down, but she somehow thought he should pay attention to her. I wouldn’t have even given him the satisfaction of recognizing him… but thats just me.

This spurred Lyssa into a downward spiral. She’s going through a rough time emotionally due to some major crap in her life, and went into full meltdown mode.

Like most guys, my whole comforting routine is “there there” and “umm buck up little camper”… it was uncomfortable, but I also knew she needed to just relax and let it out.

It’s the only time I’ve ever seen behind Lyssa’s partygirl mask, so it was both reassuring (you know, that she’s human), and scary (oh fuck, what do I do now?). I tried platitudes, and relating, and finding strategies to help her… but mostly I just sat there an listened.

I feel closer as friends to her now.  I’m still not sure what to think about that.  Sometimes I think friends are like greatness..

I kinda feel like the latter, but I guess we’ll see how this goes.

2 Responses to “Don’t mind me, I’ll just be blowing my brains out now..”