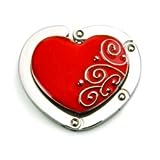 I swear he's going to break my heart at this pace.

I’m really confused and not sure what to make of Mr. Non-Tech.  For starters, he’s cute. He listens.. and remembers almost everything.

Maybe this is normal for dating non-tech guys?  Most guys I’ve dated have had a hard time remembering anything. They may remember one or two things but most stuff.. naw.

However, Mr Non-Tech listens like he’s taking mental notes of what to do and not to do. As if he’s memorizing my wants, needs, desires, and striving with every fiber to fulfill them.

He’s got some crap going on in his life, so I can understand his need to take things slow.. so I’m not THAT worried.. but it’s just weird.

I feel like I’m back in HS dating. It’s weird and cool at the same time. We’re learning a lot about each other.

But he’s weirding me out.. This remembering thing he does..

He remembers my allergies and takes them even more seriously than I do. I have many of them, of which I’ve only told him a couple. He remembers them enough that he’s purposely not asked me out to dinner  (or a dining establishment) because he was scared to eat something in front of me that I might be allergic to. He was scared that it would be like taunting me with stuff I can’t eat. (I only found this out because I suggested that next time we meet at a diner nearby.)

How f’n sweet is that?????  I’m SOOOOOOOOOO not used to that kind of concern or attention. I’m not sure what to do with it really.

Once mid-conversation about anecdotes from my childhood, he interrupted me. “You don’t get along well with women do you?”

I’d not mentioned a damn thing about my difficulties being close to women. Just a few stories about my mother, sisters, and grandparents.

“I’m sorry, I didn’t mean to interrupt, but do you have trouble being friends with women?”

“Just something I picked up from your stories. I figured you had trouble with women just due to the stories of your mother, sisters, and your grandma. I wouldn’t blame you.”

I was pretty damn shocked. No one.. seriously.. no one has ever came to that conclusion so quickly and never with a “I wouldn’t blame you.” stance on it. Evidently my funny anecdotes aren’t that funny.

We currently have a pact of honesty as well. He started it the night a met him, and I currently know enough about him to hang him if I want to. Having that kind of trust put in you is pretty damn awesome, and something I wish I’d had in all my relationships prior.

It’s also making me realize how much my normal reserved nature might have caused more problems in relationships than I was aware. My “he doesn’t want to know that” stance on things is being turned on it’s head. Maybe it needs to be.. “Whether he wants to or not, I’m sharing.”

Thats honestly the way he shares too. I’ve heard tons about all sorts of stuff that I would never have thought to ask about. I don’t even have to ask him questions.. he just shares.

He also never ends a conversation or “date” without telling/asking when we’ll talk again.

He talked about how he can’t date more than one woman at a time. “I just can’t keep things straight, and end up fucking it all up. I know this because I tried it once.”

I laughed, and laughed even more on the inside when his example was from when he was 13 and got in trouble trying to guess which girl was on the phone.

Since I’m also that way.. well not that I can’t keep them straight.. but that my conscience just sees it as betrayal. This is especially true if sex is involved. (However if he’s just a one night stand or just a sex thing, thats not dating. But even those fade as soon as I’m interested in a guy.)

If we are dating.. I think we might have just agreed to be exclusive.. but since I don’t know if we’re really dating.. I’m not about to bring it up or ask. When things between us get physical, then we’ll see. Until then, I’ll still be out looking.  He is after all.. not what I’ve been looking for at all.. and still have no idea if this is going somewhere.

All I know is that he seems to be emotionally and mentally spoiling me for other men. I swear I haven’t felt this cared about (in a good & protective way) in so many years I’ve lost count nor can I exactly recall if I ever felt like this before. (Yes that’s how long it’s been.)

I swear… as time passes, the more we talk.. the more I get to know him.. the more dirty things I want to do to him. There are times when we’re talking where I just want to pin him down right there in public and have my own wicked way with him.

But part of me is worried that I’m just “the friend” and he just enjoys talking to me. A way to pass the time so to speak.

But that could just be my insecurities… I just won’t be making the first move. That’s all on him.

2 Responses to “He confuses me. He’d better not be gay.”