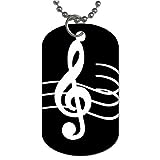 The last few months I’ve been doing quite a bit of soul searching. Some intentional and some seemingly forced upon me by my subconscious.

As I mentioned in my last post, I’ve been severely unhappy, in a constant mode of apathy. I couldn’t be bothered to dream or even consider it.

The first “searching” started a few months ago when I kept having this nagging feeling that I needed something. I didn’t know what it was, but I was missing it horribly. In many ways I still am.

I started to think back on what used to make me happy.  It seems everyone in the world has something cool that makes them smile or cheer up or some passion.

I’ve always been a chameleon socially. I adapt myself to those around me. It’s second nature to me anymore. But it also doesn’t make me happy.. nor does it make other’s around me happy when I just latch onto whatever it is they like (it’s even worse when I end up better at it than they were).

Some reason people think I should have my own individuality. Assholes 🙂  I usually eventually get sick of whatever their passion thing is anyway.. so I figured it’s about time I really started to stand up for what I cared about.

I started to think about .. what sets me apart? What do I do well?

Then a voice inside me spoke… “You’ve squandered your gifts..”

That hit me pretty hard. I was taught growing up that God gives us all “gifts” to use in life and that we shouldn’t ignore them or misuse them. We should use those “gifts” like God intended us to.

With that, I realized two things:

1. I’ve forgotten God. I’ve gotten lost along the way somewhere, and I need to find my way back. (For those that don’t believe in God, this is the equivalent of not being spiritually connected, or centered, or internally at peace.)

2. I have given up on the very things that I used to love and do well.  I’ve let “innate” talents just atrophy until I really am no better at  these things than pretty much anyone else.

One of my talents is that I used to sing very well. I used to take first prize in competitions. I sang at weddings (during the ceremony, not the reception). I used to do solo performances for my church (I’d done those since I could put two notes together. I was singing on stage, choir & quartets, before I could read. I think I did my first solo at age 5.)

When no one was home, or roughly once a month, I’d spend a night alone and open up one of my old hymnals and sing the tunes I knew starting at the front of hymnal and going page by page to the back.. until my voice gave out.

I haven’t done that in ages … maybe once while I was married.  So possibly once in 10 years. I’ve not done sound checks with a piano since about 1997.

While I can still carry a tune, I no longer have my lung capacity or range. I’ll be working on correcting that soon, even if it’s just me singing in the shower.

I’ve just been avoiding music lately as well. I somehow convinced myself that wasn’t that into it. That the music I like is obscure and old-fashioned or silly. The one thing that my Korean Drama addiction showed me is that .. well I do love music. I just love a certain type of music, and it refreshed my dream of having a husband/partner to share that music and sing with. (Yeah kinda like the Von Trapp family.. I’m cheesy like that. I also grew up in that kind of family. My entire family would sing together and perform at church.)

But that’s just the start of what I’d forgotten. On moving to my new apartment, I started to feel better.  Not a whole lot, but more connected.

I’ve always felt more comfortable in older buildings, older environments. I like places that have “history”.  My last apartment building (and my former house) was built sometime in the 80’s. Hardly much history. My new place is a good 20 years older with hand-made wood cabinets rather than the pre-manufactured ones. They even have what looks like the original hardware.

My favorite apartment to date was an old rectory that was converted into apartments. The place was ugly. Some of the carpet hadn’t been replaced since 70’s, and the kitchen appliances were the 1950’s egg blue.

Upon remembering my need for “history” with items/apartments, I also remembered moving here. I hated it. I hated Austin for several reasons actually, but one of them was that it all was so “new”.  I’d moved here from Chicago where half the buildings had been there since early 1900’s at least.  Most of Austin isn’t any older than maybe 1960.

There’s a feel to “old” that I’ve been missing.  I still remember my trip to Philly. The history in many of those buildings is hard to forget.

As such, I’ve a desire to get rid of most of my furniture acquired during my marriage. It’s nice quality furniture, but it’s new, polished, and most likely factory made. It just doesn’t have that “history” feel to it.  It has that.. “Look how impressive and pretty I am” feel to it.  I like it, but I do not love it.

I want to love my things again.

Mostly, I want to wake up and see something that says.. “I’ve stood the test of time. I’ve had adventures and seen all sorts of things. What stories will you add to me?.”

Along this thread.. I’m having an extreme desire to move back north. No no not to Nebraska.. but one of the cities along the NE or even Chicago.  I miss the architecture. (I actually realized how much I’ve missed the architecture when I was watching “The Dead Zone”.) Those dark wood accents, craftsman houses, black and white marble floors..

While there is much about Austin that I find homey and lovely, and much about it that gives me comfort. I miss walking into a place and feeling in the depths of my being… “I’m home.” instead of “I live here.”

I may be having a mid-life crisis.

From Tomboy to Girlie Girl..
Sexual Healing
You Gotta Have Balls

2 Responses to “Nostalgia or something: Life in Crisis Mode”