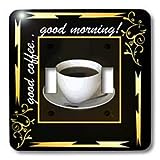 It’s been a long time coming, and maybe I’m just wired from actually having caffeine today.

I’ve been craving coffee for a few days now. Sadly, I’ve been craving Starbucks cafe Americano, lots of sugar, and a shot of cream. However since I like to support local mom & pop shops.. and the fact that I’m too broke to even consider paying money for coffee unless I’m meeting a client or something.. I kept putting it off.

I rarely make coffee at home, despite the fact that I have roughly 4-5 coffee makers. I just never drink it. (I think if I had one of those timer ones that I could prep the night before and just have it brewed by morning, I might drink it more often. But asking me to.. well… do much of anything when I first wake up is darn impossible.) It doesn’t help that too much coffee, too often, and I start not feeling so hot.

But occasionally it hits the spot.

So today after nearly a week of talking myself out of buying coffee somewhere, I rummaged around my apartment to find my coffee maker.  I’ve lived here roughly 5 months now, and I still haven’t unpacked everything.

I found my 1940’s stovetop percolator coffee “machine” (which also makes fabulous tea btw), but I didn’t want to have to clean it. So I looked a bit more, but I just could not find my drip coffee maker (circa 1990 or so, I keep it for guests as it gets used about once every two years). Then I searched for my Bodium french press.. no idea where that is either.

Then I happened across my one cup Bodium french press coffee maker. It seriously looks and sounds a lot cooler than it really is. It seems to “waste” coffee in my experience, but it’s easier to clean than my 1940’s perk pot, so I counted finding it as a “WIN”.

But where was my coffee? Despite never drinking coffee, I am my mother’s daughter and always prepared. I would not feel comfortable living in a house without a coffee maker and coffee, even if I never used it. (You never know when you’ll need to put a pot of coffee on – same goes for tea as well.)

I never did find my coffee or coffee scoop. I resorted to opening a new bag of coffee, guestimating the amount, and drinking rather watered down coffee.

But it did the trick. Perked me up.. though for the next few hours I was riding that wave between jitters and awake. I might have slightly overdone it.

Somewhere in that wave of wakefulness, I started feeling better. Or maybe I was feeling better and thats why I had the energy to hunt for coffee?

What I do know is that slowly I’m returning to myself after weeks/months of what I can only describe now as severe depression.

There are some things about myself that I lost somewhere along the way over the years of life, work, marriage, divorce. Maybe I’ll make posts about them some time soon.. maybe I’ll forget.. I don’t know. 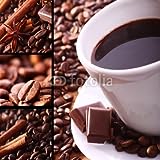 I just hope this isn’t .. “just the coffee” talking today.  Because I want to wake up tomorrow and continue to seize this path.