As much as I’ve grown-up, and removed myself from my parent’s grasp.. and changed some principles and beliefs over the years.. I find myself still .. maybe.. a little old-fashioned.

This realization came to me through my current addiction to Korean Comedy/Drama TV shows… or at least the ones I’ve seen so far.

It’s an odd addiction for me as I’ve never been one to identify with or love any kind of Asian culture. I never have had any desire to go “visit” and as a general rule find those of Asian decent less attractive physically.

So when I realized, while bored and watching the first Korean show, that I was suddenly finding the Korean men HOT.. I started to ask myself why.

You see, the first guy in the show that I found attractive was young… very young.. kinda looked a little pre-pubescent to me as he didn’t even look like he shaved and had absolutely no hair on his chest. Things I normally find yucky.

So it has to be something with characters they’re portraying. So in between watching the actual shows, I started trying to figure out why I found these men so awesome.

1. The men are multi-dimensional.  They cry. They’re macho. They have flaws, and everyone is ok with it. Korean men cry and it’s still manly. (which I find odd, but kinda cool)

2. They all have an “extreme” amount of ethics. I would suppose this has to do with upholding family honor or whatever.. but it’s damn sexy.

3. When they touch a woman, it’s as non-sexual as possible even when they are clearly head over heels in love. (I’m sure this is a cultural thing, but men completely underestimate the power of platonic touch in relationships.) The self-control is mind-bogglingly sexy.

4. They all are extremely protective of women. Not in a misogynistic way I don’t think, but in a very sexy way. Giving up coats, sticking up for women with other men, walking them home, etc.

5. There were women in power in every show I saw. This was accepted by all the men in the show as “normal” pretty much. I didn’t see any “she’s just a girl” references (at least not in the subtitles, maybe if I knew Korean I’d see more?) and all the men encouraged their women to be better and live their dreams. Totally supportive.

6. There were a few references to “obeying” your husband, but none of the men in it really seemed to adhere to that. The few instances of it it seemed to be “scolded” out of the men, or cases where the men were really protecting the women. It wasn’t as if they expected to be obeyed and if they weren’t then she’d be punished.. though I have to say the little hints of commanding tone were hot. (But then, I’m a little kinky like that.)

7. No one was afraid to fight. Actually they all fought about little things all the time. Discussed it, and came to a resolution. (seriously it’s pretty awesome seeing a couple fight and work through it without cheating on each other or doing something else stupid) 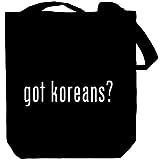 To be honest, the way men/women are portrayed in these Korean TV shows is how I was taught relationships by my mother (not that she was ever very obedient or docile).

You know I don’t think I’ve done very well in explaining it.. maybe you need to watch it for yourselves to know what I mean.

All I know is … that I’m still a little old-fashioned. I like chivalry and respect, and there’s a lot of that in those shows.

Happy New Years! (this had better be worth it)
Trust Yourself, Woman!
Happy Non-Committed

6 Responses to “Fancing a little… Korean … not a “little Korean””