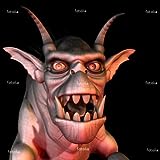 I’ve been having a really rough couple months, struggling at every turn with almost every aspect of my life and just barely making it.

Money is tight. Very tight. My health is walking that fine line between sick and well no matter what I do. I’ve gained a good 20+ pounds since starting my new job. The combo of money and health has also made it very hard for me to find the time and energy to go out with friends or even date.

Sounds like a big pity party doesn’t it? Yes, I’ve been doing a few of those as well.

And then yesterday, I get to talking to one of my coworkers. We’ve never really met, as I mentioned in a previous post most of my interaction with coworkers is through an online chat room. This guy and I have been becoming friends for a few weeks now. We click well, but he’s got a girlfriend and told me about her existence long ago. So it’s just been friends, and he helps me out a ton at work.

Yesterday though he was distraught. His ex girlfriend was causing him problems, and he wasn’t getting much sleep. I really didn’t figure out what problems she was causing, when he started to divulge more about his dating trials and tribulations.

He starts describing himself.

“Dating for me is very hard. I’m a decent guy, but I’ve got REAAAAAAAAAAALLLLY bad teeth.”

I thought about the boy who was at my HS for a couple years who was GORGEOUS.. seriously a very hot boy, very sexy.. but had the worst teeth I’d ever seen.  He was a nice guy and other than the teeth, I’d have been on that lickety split. He even had balls enough to come to my parents house, knock on the door, and ask me to a dance.  But I just couldn’t imagine kissing him with those teeth. Rot rot everywhere.

My coworker continued to explain his situation.

He lists off for me several “safety call” excuses we girls use to get out of bad dates, and even one that went to the bathroom and didn’t come back.

It is then he starts talking about his current girlfriend.

“I feel ass-backwards in the perfect woman for me. She’s more submissive and I’m more dominant. I treat her well, with respect, and she’s my equal. I think thats a first for her, as she’s seen my gut and my teeth, and she’s really into me still.

She’s fantastic on top of it and loves all the things I love….”

He goes on to list about 200 geeky things that this girl is into and they share in common. When he talks about her, you cannot miss just how perfect he thinks she is (faults and all) and how happy he is to have her in his life.

Sadly I forget that too often.

2 Responses to “You Don’t Have To Be Perfect”