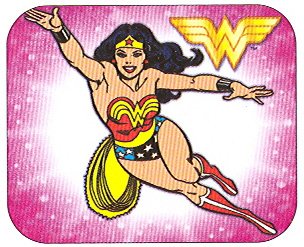 I don’t date small guys. No no.. you pervs.. I’m not talking about the size of his penis, though I suppose if I get technical, I probably mean that too… but thats not what I’m talking about.

What I am trying to say is that I don’t date small in stature men.  You know the twig boys.  Come to think of it, I really am not all that into scrawny men of any height.

Tonight was just another reminder of why…

I am a strong woman. Yes, I know I’m emotionally strong.. I can conquer mountains.. I will survive..

But I am also physically strong. Not just strong for girl, but ..

“OMG did you just see that?? Holy shit.. Maruska! You’re like freakishly strong!”

Tonight I also got “Holy cow, do you lift weights or something?”

I wanted so bad to say “Yes”, but I was born this way.  It’s genetic. It’s also why I don’t lift weights, and why I hate working out at a gym or in public.

Tonight was bowling night.  I’d not been bowling in ages, and I went with this group of people.. most of which I don’t know.

There was a massive mixup, a ton of frustration, so I doubt I’ll go with this group again.. but thats another story.

I have my own bowling ball which I brought with me. I bought it at a yard sale about 6 years ago. My ex and I used to bowl now and then, and finding a ball for me is pretty hard. I’ve got “man hands”.. they’re girly enough that they’re not obviously manly, but you put my hand up with a man 5’10-6’2 and mine are generally the same size. So finding a 10lb ball to fit my big fingers is nearly impossible and finding a 12lb ball to fit my hands is better, but often those holes are too big. (My fingers are long, but not that bulky)

So when I was at this yard sale, and found a 12lb ball that fit my fingers for $10 (it might have been $5) I snapped it up.  No more endlessly looking for a ball at the bowling lanes for me!

So.. I’m bowling with a 12lb ball, which I’d much prefer a 10 or 11 pound ball but beggars can’t be choosers, and the lanes we were at showed your bowling speed. Like they use for pitchers to see how fast they pitch, this bowling alley had speed measures.  I wasn’t really paying attention to it until..

“You’re really throwing them down there. It’s amazing” he says as he points to the screen above us.

I look up to see what he’s talking about. At that moment, I was throwing the ball 16 mph. It meant diddly to me until I watched everyone else’s speed. Everyone else ranged from 12-15. The other girls ranging between 12-14, and the guys between 13-15.  The better bowlers, all men, would now and then throw a 16 mph ball.  Mine were always 16-17 mph.

“Yes, I like to scare the crap out of the pins so they fall down.” I joked back.

It didn’t help much, by then he was in awe.  Not a sexy awe, but the awe you have when you see someone put an entire egg up their nose without breaking it or something.  Freakshow awe. “Holy crap Suzie, you gotta see this!”

As if there aren’t enough things that can make a man feel inferior, being significantly stronger than him doesn’t help me any. (My ex, 6’0 and 240 pounds, used to get pissed because I could always get jars open and he couldn’t. You know that “Oh honey can you open this.” never worked. I could also lift more weight than him, but we didn’t talk about that.)

So I came home tonight. Threw the bag with my 12 pound ball over my shoulder, grabbed my purse out of the car, and then said..

“Oh what the hell, no one I could give a crap about is watching.”

And grabbed the 40 pound bag of dogfood out of the trunk, and slung it easily over my shoulder, and walked the flight of stairs down to my apartment.

Just Some Time for Fun
Slowly Getting To Know You (maybe?)
Confuzzled