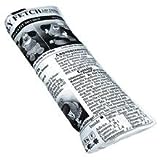 I have good news.. I have bad news.. Mostly I just have news.

But, lets start at the beginning.

I had plans today with Getty to go see Black Swan which like everything everyone seems to love … was way over-hyped.  The movie ended, and Getty and I looked at each other….

It seemed to be all buildup and very little… well, anything else.

However, if actual ballet was performed all dark and violent like that.. I’d be able to actually watch ballet without wanting to scream, or vocally critiquing the entire production. I’ve seen the Nutcracker once, and some scenes from Swan Lake. The Nutcracker actually made me want to kill the choreographer, director, and costume designer.  The Swan Lake had me wavering between laughing my ass off (Oh they can’t be serious), and dying of boredom.  Both concentrated WAY too much on pretty.. oooo pretty.. oh look pretty.. oh more pretty – aren’t you in awe that we’re so pretty? (until you’re ready to puke on it) and very little on actual story or acting or anything leading to being entertainment.  The Swan Lake was only hilarious in that the male playing the lead hunter was soooo feminine in his movements that it was laughable, plus he had a cod-piece so huge you wondered how he could pirouette without falling over.

I actually… despite my vehement dislike for traditional “ooo pretty” ballet.. love dance performances.  It is also one of things you can put into a movie that will guarantee me to watch it. It doesn’t really matter how stupid the movie looks, if it has dance in it.. you can bet I’m planning to watch it.  Even with my hatred of horror, I’d go see a horror movie based in dance.  Well that and ice (figure) skating.

Anyway.. the movie is over, and I’m feeling good.  I love movies because for about 2 hours you’re doing nothing but watching a movie. You’re not getting up, answering the phone, texting, emailing, etc. It’s you and a screen with no distractions.  I came out of the movie refreshed. It was awesome.

Earlier in the day, Mich finally emailed me back. I’d emailed him the day before out of frustration that he hadn’t contacted me to hang out, asking him to let me know when he had some free time because I’d like to see him. So I waited for him to reply. Waited.

(Can you tell I’m used to people getting back to me asap?)

By Sunday morning, I was ready to hunt him down with a bat and start playing Whack-a-mole.  He obviously sensed this, because thats when he chose to respond asking me what I was doing that evening.

Yay… So we arranged to meet.  I was meeting some other people downtown late afternoon, so we met at a coffee shop nearby.

I get there first, which is highly unusual. Mich is prompt, and by prompt I mean 15 minutes early is late for him.

Then he shows up. PHEW.. I see him and I kid you not, I am doing little emotional cartwheels. Kids on Christmas morning had nothing on me.  Fortunately, I have years and years of restraint and repression to draw on, so I didn’t maul him.

He apologizes.. something about traffic and parking and blah blah blah.. I wasn’t paying attention. He was there. I was happy.

We start talking. I ask him about his “adventures” and he tells me.  Then he asks..

“So how’s your social life been?”

Not hows my job, or what have I been doing for work.. or how’s my writing going (we’re old writing buddies) or anything… but very specifically…

“How’s your social life been?”

I’m honest and reply that while I’ve done some dating, I’ve just not found anyone serious.

It is then.. that he starts talking about his dating life.. or lack of it (he essentially described himself as a monk).  He has decided that it’s just better to be friends.

It was a long conversation, and essentially we’re both in the same rut with dating… we’d rather be alone than be with someone we’re just “meh” about.

It was quite clear.. We’re just friends.  I can wish all I want that we’d be more, but he made it really clear that he doesn’t feel that way.  He said actually “I just really haven’t met anyone yet that has made me feel that way.”

So.. yep.. friends. He’s a great friend, so I’m not really complaining.. and that he’s gone for another year it’s not really in the cards to start something anyway.

We talked about mutual friends.. most of which I’m not friends with anymore or they’ve moved away. My social circle now is mostly people he’s never met.

We leave the coffee shop. We go for a parting embrace, and he whispers to me in my ear…

“I agree. Let me know when you’re free.”

He replies as he takes a few steps tword his car, “Well I’m essentially on vacation, so I’m free all the time. So email or call me whenever.”

“Ok. I’ll do that. But if you think of something you really want to do, and you want company.. let me know, ok?”

This Christmas, Grandpa came back to life...
The Fool Foiled Again
Sail Away With Me... Not

10 Responses to “Reporting Alive, News from on the scene…”