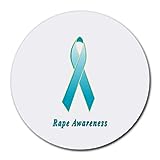 Looking back, you always see 20-20. You realize just how stupid you were, things you could have done differently, and sometimes you blame yourself for not being as smart in the thick of it as you are afterward.

Sometimes others blame you for that too.

It’s hardest when someone you care about feels slighted, neglected, or feels like they have to suffer because of something that someone else did wrong in your past. It’s not fair.

It can be a lot of pressure, and easy to give into that pressure in the moment hoping to make the other person happy.  But it’s also not fair that to make someone else happy, you have to suffer.

Anyway… I thought I’d put it down on “paper”… how it happened.. or at least how I remember it now.

I had been long distance dating this guy for a month or so from college. I had known of him for years. Eddie was a few years older than me, and asked me out when I was 8th or 9th grade.  At that time, I had a massive crush on his best friend who looked a little bit like Rob Lowe and Brad Pitt had a kid.

Eddie however was heavyset and flabby. He walked around and made fun of people, and actually was kinda a bully. (I should have remembered that for later on) So I really did not want to date him.

However, I grew up, and he grew up.  He was friends with my best friend in HS, and she was dating his best friend (different guy, Mr Lowe-Pitt moved out of state) at that time and wanted to hook us up so we could all hang out.

When I met him again with her, he was nice. Gentlemanly, sweet, and pretty darn awesome. He wasn’t going to be on the cover of GQ any day soon, but his personality was pretty awesome. He still had that crush on me, which was flattering as well.

Anyway, we started to date. At the time, I was waiting for marriage to have sex. He knew this. I was young and innocent, despite being 19 (calculating years, and yeah I think I was 19).  Up until then, the most I’d done was play doctor as a kid with the neighbor boy, have makeout sessions, and makeout sessions that turned into actual sleeping/snuggling all night long. 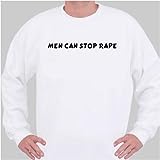 It was difficult to date, because I wanted to keep it a secret. My parents would not have approved. The town themselves are massive gossips, and dating him would have completely ruined whatever reputation I still had.  His living in the same town (population 1000) as my parents meant that anytime I wanted to see him, my parents would know I was in town. There was no way to get to his place without someone in the town seeing. And if one person saw, everyone would know. My parents would not have let me spend the night with a boy, so again.. more secrets.

At the time, I was much more scared of what my parents would do than I was of anything Eddie would do.  In hindsight, it should have been the other way around.

My job had me traveling around so I was gone often.  One of the trips, we finished work early and I was going to be home a night earlier than my parents expected. I arranged to be dropped off at his place, leaving my parents to believe that I was still on my work trip, and him being my ride home the next morning.

Essentially, I was trapped at his place. I could not go home until the next morning or my parents would know I lied about being at work. I had no one else to call or go to for fear that my parents would again… know that I lied and where I was, and what I was doing.

As I mentioned.. I was very afraid of what my parents would do.  I came from a very strict upbringing.

So I get to his place, we talk a bit, and then start to make out.  He wants to move things to the bedroom. I remind him that I’m not going to have sex with him.

He gets a little huffy, and says, “I don’t date little girls. Why are you even here tonight then?”

I try to explain that I wanted to spend the night and get to know him better. Kiss, makeout, snuggle.

So we do. Then he asks me if I’ve ever had oral. I said no, and tried to argue that I wasn’t going to have sex.

He explains that it’s not intercourse, and begs to just let him try it and if I don’t like it he’ll stop.

And.. of course I enjoy it.

Then he says, “Ok fair is fair, your turn” as he pulls down his pants and reveals his naked cock to me.

I said no. I was young and scared, and didn’t want to.

He said I had to because I accepted oral from him. (No where in his begging to do oral on me did he ever state that I would have to do anything to him – I still get a little hate-on every time a guy tries to pull this.. so much so that I refused to let anyone perform oral on me for many many years out of fear of the “payback”)

I tried to get out of it.

He finally agreed that I would simply just try, and if I didn’t like it then it would be no problem.

So I tried.  I kneeled on the ground. He was standing before me, and I took him in my mouth.

Initially I remember it wasn’t as bad as I thought it would be, but then a stray pubic hair got caught in my mouth, and I stopped and started to pull off of his cock so I could get the hair out.

It was then he put his hands on the sides of my head, wrapped his fingers in my hair, and forced my mouth onto his cock. I tried to push against him to free myself, but it was of no use.

He laughed at my attempts and commanded me to continue.

I froze, scared, confused, and shocked. I think I thought about fighting back, but I couldn’t figure out how I’d explain the bruises to my parents. Mostly I was just in a daze.

He moved my head on his cock, forcing himself in and out of my mouth and down my throat, and he did not let me free until he was completely done.

When he was done, he freed me as if I disgusted him, and he laughed as I ran from the room gagging on the semen and the hair he had forced down my throat.

I tried to talk to him to ask why.  I said I just wanted to get a hair out of my mouth, and why wouldn’t he let me?

He wouldn’t listen, and showed absolutely no care. To add more humiliation, I had to beg him to drive me home that morning.

I remember walking into my parents home, heading straight to my bedroom, closing the door, collapsing on the bed, and crying.

I never saw him or spoke to him again.  At the time, I didn’t even know it was rape. I didn’t really think it was a big deal. Just a bad sexual experience with an asshole. I have never told my parents.

It would be 4 years before I let any relationship get close to that far again, and never did I let myself get into a bedroom situation without several escape plans.  I actually lost my virginity before I ever let another cock near my lips.