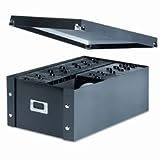 The Frisky, an online magazine that I loved to hate when it first started (as it’s articles were mindless inflammatory pieces) but now I’ve come to enjoy a few of their articles, posted a piece about what people do with their ex’s stuff once the relationship is over.

Do you keep it or throw it out immediately?

I am from a long line of hoarders. So that pretty much says it all right?

Unfortunately I don’t think its as simple as that. Essentially everything I keep is either:

A. Valuable – like real jewelry, or serves a real life function that I’m not willing to do without.
B. Sentimental – The receipt from our first date. A movie stub from our first movie. A few rocks from that hiking trip we took.

I then pack it all up in a box and put it away for a while.  Sometimes “a while” turns into years, or sometimes its merely months, it may depend on how well I’ve put the box away.

When I can open the box without anger or longing, I know I’m over it.

That’s when I allow myself to go through the box and start tossing things. These little things at this point turn into keys to certain memories.  Some of these I keep because I want to remember that memory for the rest of my life, and some I toss because they’ve lost their importance or remind me of things I’d rather forget.

For me, everyone I’ve dated in some way or form has touched and altered my life.

There’s a little box somewhere that has some uncut semi-precious gems (which are worth maybe $2) which I’m holding onto because they remind me of the time that a really sweet – kinda crazy, but sweet – man went waaaaaaay out of his way to turn what I thought was the end of the world into a really beautiful unplanned vacation. It reminds me of hope and kindness.

There’s another little box somewhere that has some stones from a riverbed in Pennsylvania. I was dating this guy long distance. We’d only met once, when he visited me in Nebraska, and we’d been carrying things on long distance for months since. I arrived and he was different. We were in his element this time, and his personality was night and day from when he visited me. Then he brought me to his place and I met his roommate.

Have you ever just met someone and felt “at home”? Like you just knew them already and you knew you wanted them in your life? That was his roommate.

My boyfriend however treated me like a trophy he needed to show off, and Jason treated me like I was precious and opened his world to me.  While my boyfriend chose to hang out doing some nerdy thing (I’m in from out of town and spending time with me didn’t take priority. He did want me to come with him, not that he thought I’d enjoy it, but because he wanted to show me off.), Jason volunteered to forgo his normal chores for the day and take me around the city.  He took me for my first cheese-steak. Parked illegally while we ran into see the Liberty Bell, laughing because it was also raining and we were getting drenched. He also took me out to a small river not far away, buried in suburbia.. where we continued laughing as he told me all about the history of the area and about growing up there. It was there I picked up a few small stones and slipped them in my pocket. It was also there that I realized I didn’t love my boyfriend, and probably never could.

I keep those stones now so I can remember that one perfect day with an awesome guy, and the way it felt to be “at home” someone.

There are many more trinkets I have that hold the spirit of similar memories. They’re packed in boxes, much like my old “Charlie’s Angels” collector cards and “Garbage Pail Kids” cards of my youth. Mementos of a time gone past.

Saying Goodbye
Why I love my Girls Blogs
Will He or Won't He Marry Me?

8 Responses to “The Ex-Box”