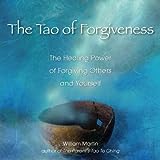 Today I was doing “cleaning” to prepare for company next week. I’m actually working on those New Years resolutions, as well as moving things around to make the apt as spacious as possible.

I’ve still got a crapload of boxes from the house. I counted the other day about 5 boxes, maybe more, of Christmas decorations. A few boxes that contain some old glassware I’m not ready to part with. A few boxes have some very nice vintage collectors dishes and serving bowls which I don’t have room in this apartment to display or use. There’s the “Tower” of old board games. The boxes of old writings, old yearbooks, old pictures.. a box of a variety of tablecloths (which I just managed to uncover and store them in a useful spot, finally). I’m not even going to go into the many many books I have, or the closets (yes plural) of clothes.

It’s too much stuff, and the more I go through it.. the more stuff I get rid of..

But also the more memories it jogs.

See.. Today while sorting through some junk, I found a folded up napkin which I almost just tossed in the trash until I thought..

“Wait! This is me that packed this box. I don’t just throw crap in my boxes. Why in the hell would have I kept a worn out napkin?”

So I unfolded the napkin. I probably haven’t unfolded that napkin in a good 10 years. I honestly had forgotten that it even existed.

On the inside of the napkin were some scribbles. Real handwriting. A boys name. His phone number. Some doodles. And his email address.

The memories of Rudy came back to me. I remembered how it felt when he gave me his contact information and how excited I was. He was finally interested. In me!

I remembered so vividly that feeling of joy, and the wonderful but brief times we’d spent together that I immediately looked him up on Facebook to see if he was there. He was, and his status was single.

I took it as a sign that fate was smiling on me, and I added him. The joy of the memories flooded through my mind as I waited to see if he’d accept the connection. Most of the memories were remembering the emotions of our previous connection, how well we’d gotten along..

Then he accepted the connection, and the fantasy of him suddenly became more real. The joyous memories suddenly leaked into the bad ones. The romanticized memories faded into more honest accounts of exactly how we were.. how I was back then..

Was this even going to have a hope of working?

One of my first relationships in college was with this guy I’d met in a theatre production. He was geeky, smart, and suave. He knew all the right words, and myself being quite innocent didn’t help much. I thought he hung the moon, and ignored nearly everything else about him. He seemed to know much more than I did, so when he said something I believed him.

About a month into our relationship, he took me to his dorm. It was an all male dorm, and Rudy was his Resident Adviser, RA. He introduced me to Rudy, and for the first time since getting together I wanted to be single.. instantly.

Upon meeting me, Rudy gave me this look of pity and disgust and he tried to hide it, but it was obvious he was judging me solely by my taste in men. He did not like the guy I was seeing, and since I was with him, I was obviously dirt. He wouldn’t even speak to me. It shocked me out of my “love-blinders”.

The guy was seeing was bad news. Not obviously bad news at the start, but bi-polar with a pathological liar streak. It wasn’t until I met his friends, that I really understood just how much untruth he sold me. Needless untruth, simply to make himself look smarter or more interesting or just for shits and giggles. He’d even told his entire dorm quite a few untruths about me.. none of which were flattering.

Rudy doesn’t remember this btw.. not even years later when I did finally get his number.

I lost track of Rudy after that for a few years, until we both were working at Wal-Mart. He’d walk by my section and I’d flirt with him. Day after day I sought him out and we began to develop a friendship. I’d worked on charming him for months before he finally invited me to a small party at his place.

I can’t remember where in this story he wrote down his info on the napkin. I just remember it as a badge of success. A badge of approval. Of being worthy. It was a happiness built on hope, joy, and forgiveness.

The party was small. Just a few of his friends and I hanging out and chatting. It was a great night. I was the last to leave, and we had a short but amazing make-out session.

We saw each other a few more times before he left for a new school in Colorado, but nothing more than that ever happened.

We wrote (email) back and forth for months while he was away. He told me all about his school, work, and efforts. I told him all about mine. I waited for his emails like air. I wanted him. I worked on making myself into the girl he’d want.

I did that a lot back then. Making myself into playdough and shaping myself, my personality, my likes, my dislikes, whatever was needed to get someone to like me.

And Rudy … He never insisted that I change. He’d just walk if there was something that he didn’t like, and I didn’t have enough self-esteem or belief in my own attractiveness to just let him go.

Looking back, I never thought myself as I was.. was ever enough for anyone. (I know its sad.)

Rudy finally did return to town for Christmas. He made time to go out with me. I was so excited. I wanted to pick up where we’d left off. We didn’t have a whole lot of time as he had a bunch of friends to visit and family holidays. I ended up driving (I can’t remember why), as I dropped him off for his next obligation.. we sat in the car and talked for a little bit.. joking around, laughing.. and I leaned over to kiss him, and he stopped me.

You could have heard my heart hit the floor. Months of emails. Months of conversations, and not one mention of this girlfriend.

I was hurt, wounded, and furious.. just the combo needed for me to be a little detrimental to myself. I called up a “friend” for a bootycall. We’d never slept together before because he’d been married, but that was over.. and I figured this was as good of a time as any.

The next day I got a call from Rudy. Somehow he’d found out about my sex-excursion, and he knew full well that his rejection of me instigated it. He didn’t have any nice words to say to me. As it turned out, Rudy was friends with this guy’s ex-wife.. and they weren’t officially divorced yet. (Shocker that I got lied to) Rudy called me some not so nice names. He didn’t care about my side of the story, and said he couldn’t be friends with anyone who would think so little of themselves, and that he never wanted to speak to me again.. and he never did.

For some reason in the back of my head I wanted his forgiveness.. but as I look at things.. I’m not sure I’ve done anything for him to forgive.

If anything.. maybe I should be the one doing the forgiving… and maybe a little more leaving the past alone, and moving forward..

I'm an awesome third wheel
Little Sparrow
Yes, I Am A Masochist

6 Responses to “Romancing The Past & Forgetting The Reality”