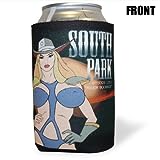 So the other night.. I was at another networking event. I know it looks like everything I do now is networking.

It also happens that a few of my new friends are also at many of these things for many of the same reasons. So I get to hang with friends and meet new people. It kinda rocks.

It also kinda sucks because most of the men are married. Damn it. But they’re also married to some pretty awesome women, so I can’t really blame them.

Anyway.. I’m out “networking” and meeting new people.. and of course the bastard Hock is there. Why he is now out and about amongst our mutual friends… I have no idea. Maybe he hid in shame for a while? Who knows.. but he’s now back out.

He’s also avoiding me. Like really. He’s making sure we don’t ever get introduced or that we never have a reason to actually speak to each other. Its kinda hilarious.

There was one point where it was just him and me walking through a doorway. He made sure to turn around before I caught up with him and not speak to me. Seriously, I cannot find this more hilarious. (I also have respected his need for not talking, and not pushed things. I just find it funny, especially since we run in the same crowds.)

But I must must tell you about two men. The first is … well .. the epitome of my newly discovered man-type-fetish.  Well new as in the last 5 yrs or so. I’m sure I liked this type before that, but I rarely meet anyone who is this type so its hard to say.

The guy looks like David Krumholtz. So seriously hot that I swear I came close to stalking him and drooling all over him. Its that whole dark hair, hairy chested, “jewish-looking” thing.  (Psychologists would probably tell you that I am looking for someone like my father, but they can shut up. I never knew my father when he was hot.. and my Dad isn’t Jewish.)

So I start talking to … lets call him.. David. David talks back and flirts. I could not have had more fun. He however got tired of being stalked and ran off to socialize with his real friends. *sigh*

So I went off to find my friends. Thats when I ran into the second guy.

I went to talk to a friend of mine. Ok I didn’t have a whole lot of choice, since he yelled at me as I walked past him. Had I seen who he was talking to, he’d not had to flag me down.

So as I turn to say hi to my friend, I see he’s got a friend next to him. A single looking friend. Who is HOT.  No not normal hot. Of course not normal hot.  This guy is the 3-D manifestation of Scott Baio in “Joanie Love Chachie” but with a better haircut.

The three of us spend a good hour just chatting and talking and joking around.. and I could swear Baio was flirting with me… but I couldn’t tell you if it was “networking” flirting or “I’m about to hump your leg” flirting. See I was too preoccupied trying not to drool on him.

Plus David had just walked back into the room where I was, so I was a little distracted with the tasty morsels.

One thing lead to another and suddenly I was alone with Baio talking and laughing.. when the coolest girl joins our conversation. Luckily she’s married, so I didn’t have to kill her. But Baio was all about her anyway.

Later I went to say my goodbyes.. David did request me to kiss his cheek.. no hug, no handshake.. but wanted me to kiss his cheek like some kind of little girl or member of his harem. I denied him. He’s all sorts of geek hot, but man that was a douchebag move.

Baio however opened his arms wide and gave me a huge hug. He also said he’d see me around.

My married girlfriend later asked me if I and Baio were hooking up. She said that he was into me. Umm Whaa? (If he was into me, he’d have gotten my number.)

“Girl, you’re stupid. I watched him. He spent an entire hour staring at your boobs!”

I might be a little dense sometimes about when a guy likes me, but I guarantee you if every man who stared at my boobs was into me.. I’d be able to charge large sums of cash just to get a date with me.  This girl of course is maybe a B cup, so I don’t think she understands the realities of having my kind of boobage (DD).

I wore a good boobage shirt.. Guys were gunna stare. Married, not married, interested or not.. they were going to stare. Its how boobage works. The trick is to be interesting enough for them to want to do more than just stare.

Which obviously I am failing at..

6 Responses to “Letting My Boobage Do The Talking”