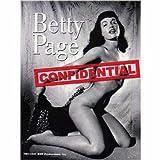 The following is an old post from 2010. I held off on posting it because I was not in my right mind – as you’ll see by the end of the post – and I wanted to wait until the anger passed to post it.  Then I wanted to wait until the guy himself was essentially forgotten from my blog, lest he suffer any backlash from what could simply be my own psychosis altering perceptions…

It was this (plus a few other things) that convinced me to stop dating all together for quite a while last year, and it is this “thing” that rears it’s ugly head every time I do date.

I don’t expect this to make a whole lot of sense to those of you who have not been through sexual abuse, and I believe this is the most personal piece I’ve put up here.

I’m posting this for two reasons:

2. I have to post it for myself. I’ve been needing to post this, much like people sometimes feel the need to talk to their therapists. I have been waiting. I have not forgotten this post. At least once a week since I wrote it, I have asked myself “Should I post it? Is it time yet?”

I keep replaying scenes from the weekend in my mind. These scenes when first played were biased with “love” and caring. Tainted with hope of something promising, and excused by “Well we’re just learning about each other.”

But even then, with those descriptors, I found myself after each event becoming more anxious, more angry, and more withdrawn.  I found myself less excited about the next sexual encounter with him.

The more I look back over what actually happened, the more I get this nagging feeling.. this red light.. telling me caution. It’s strange. But despite all his chivalry.. all his natural aggression to protect me.. despite his need to be my hero.. I kept feeling this nagging.. this undercurrent of caution.. that he was a misogynist.

Don’t get me wrong, I didn’t fear him. Or at least not outright. I trusted him not to hurt me physically, and I suppose emotionally..

It’s possible that my own personal psychosis has completely made up this side of him. But I don’t think so.

You see.. he couldn’t really get hard unless I was subjugated. The more humbling the position, the harder he seemed to get.

But like I said, this could be all my own psychosis.

See.. as I’ve mentioned before.. I was orally raped when I was 18 (or 19 or somewhere around there). As such I have issues with sucking cock, blow jobs, licking the red banana.. whatever you want to call it.  My head in a guy’s  privates.. well its a little bit of a land-mine.

I have since the oral rape had good… or should I say.. non-traumatic, experiences with it, but those have been very few and far between and there are rules that must be adhered to or I will flip out. Since I require a lot of trust in my partner in order to do it, my opportunities have been pretty scarce. Those that I manage to trust enough, often refuse to let me try or didn’t much care if I did.

Our first time together.. this guy and I.. I trusted him. I don’t know why, but I did, and he knew full well ahead of time my “rules” for oral.

We were fooling around in bed, and I wanted to try, so without a word, I leaned over and took him in my mouth. Just for a few seconds. It was good. I felt good that I could do it for that short time, and he said he felt honored that I trusted him that much. It was a very sweet moment.

The next time we were together though, he pleasured me with his fingers then laid on his back. While I appreciated his efforts, I didn’t request it. Had he asked me, I’d just have preferred to go straight to fucking, but he seemed to enjoy torturing me with orgasm after orgasm.. and what girl is going to complain about that?

He then laid on his back, and began to talk to me about blow jobs… He talked about asking me to do it, and how to ask me for it. (“There has to be a way to ask for it” he said)

How did we get from me doing a short few second trial to him feeling it was ok to ask for it?

My chest got tight. I didn’t know how to answer him. It was a reasonable question, and it’s not unreasonable to ask for things in bed. I should be able to field such kinds of questions. Reasonably. Rationally.

It’s like the question itself starts a war inside me. A war that no matter which choice I choose, I lose.

It’s not reasonable. It’s not rational. And for the most part it has nothing at all to do with the person asking, and it’s impossible to put this internal war into real words to explain it to them (or even to you now).

With that question, releases as well the following thoughts… most of which are phrases from previous men on the subject:

“It’s a common blow job, it means nothing.”

“So you get yours, I get nothing?”

“Get over it already.”

“Stop being such a baby.”

“It’s only fair after what you got already.”

“Turn about is fair play.”

“God, you’re pathetic. How will anyone want you?”

“You’re not going to get over this if you don’t even try.”

How can anyone say no with that running through their head?

While I was “umming” and “uhhhing” over how to address this issue, he asked me to do it. I did.

Our next encounter, he wanted to perform oral on me. (I had been on my period previously, so it wasn’t an option until this encounter) He’d been wanting to do it the other times, but due to my physical condition.. it wasn’t an option. Eeek that reads like he wanted to do it while I was menstrating.. no no.. he likes doing oral just not on menstrating women. (And if he did want to do oral on menstrating women..*shiver* Eww I’m sorry I have my limits.)

Anyway, he gets done doing oral on me.. and then without really asking.. he moves into 69 position. Him on top of me.. his junk dangling in my face…his body pinning me down.

It was less of a question and more of a suggestion or statement. It wasn’t ok, and eventually I told him so.

— side note: I honestly don’t get how anyone likes 69. How in the hell is that effective? I’m sorry, but I cannot multi-task like that. If I’m giving, I’m concentrated on giving and their reaction. If I’m getting, then I’m losing control. I cannot lose control and concentrate on someone else’s pleasure at the same time. If you love 69, please email me and explain how to do it. —

Once he got off of me, he laid on his side and again asked me to suck him. I tried, with much the same emotional crapola running through my head as before… but with much more resentment and much less ability to do it.

Again as he had all the previous times.. he couldn’t stay hard for actual sex, and since I can’t finish a blow job to its completion. I ended up giving him a hand job. Disappointed, resentful, and angry. (I like actual intercourse, and besides the pressuring to perform blow jobs, I wasn’t getting laid.)

The next day we tried again.  I instigated, because he was leaving soon and I wanted to actually have sex.

He gets me warmed up with his hand.. I orgasm a few times.. nothing huge but good anyway.. Then he rolls over and asks for a blow job. (seriously? you’ve got to be kidding me!)

He saw my reluctance, then said:

“Ok, well come join me in the shower then.”

I didn’t want to. I had no idea what he wanted me to do in the shower, but I didn’t really want to and I knew it wouldn’t be actual sex. I’d already showered, and was clean. My hair was blown dry, and I had put my makeup on just a few hours before.

I made up lame excuses. I say lame because they were excuses. Like 69, I’m not a big fan of sharing a shower, let alone trying sex in a shower. I’ve been there done that, and more often than not one of us falls down and gets hurt. (Not to mention I do things in the shower that I’d rather not have my lover watch.)

We get in the shower.. he washes.. then asks me to blow him.. in the shower.. with the water running.. with him standing and me kneeling.. the same position as when I was orally raped, only now I’ve got the fear of getting water in my nose. I made him turn off the shower.

This was my first attempt ever at that position. I congratulated myself for even attempting it, but when we were done.. I was unbelievably angry and insecure.

He walked out of the shower as if nothing was wrong.. didn’t really ask how it was for me. Packed up his stuff and went home.

I was angry at myself, and I was angry at him for asking. I was so angry that I could have written a book about what an asshole he was. My mind jumped to all the things he did wrong that weekend. All his inadequacies, and had I not known him better, I could have easily written him off as a “using me for sex asshole”.

And I found myself hating him. I hated myself.

The next day when I’d calmed down a bit, I called him. He hadn’t called me or contacted me that day, but I needed to make sure he knew what I was going through and that I couldn’t have him asking me for oral or expecting it the next time we got together. I had to stand up for me.

I told him what I’d been feeling. He said a brief sorry. I think it was genuine.. I’m sure he didn’t know what to say. But the call ended quickly, and he didn’t contact me again.. or ask how I was.. for days.

I became a complete basketcase. Clingy. Needy. Insecure. Crying at the drop of a hat. Angry for no reason. Moody like an 80’s Ally Sheedy… no… probably more akin to Lindsay Lohan (without the need of drugs and alcohol). And it wasn’t until I completely went psycho, that he finally called to check on me… and I cried like a baby the entire conversation.

So in light of these recent events.. I’ve added a new rule to my oral sex recovery plan.

You can’t ask me for a blow job. You can’t expect it. You get no say on if it happens at all.. well except for telling me no.. I’ll let you tell me no on that.