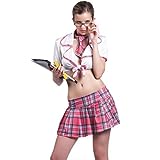 I hate to say this, but I think the world wants me to start dating again. Serious dating.. and I think I might be ready.

Or maybe I’m just desperate enough to give it a try? Hard to tell.

Second I got an email from one of my fetish sites that I joined and promptly forgot about because .. well.. most of them scare the shit out of me. I’m a bit too normal on the side of abnormal risque’. Unlike most of them, I still like normal plain vanilla sex, but wouldn’t mind (possibly insist) on the occasional fucking-like-rabid-rabbits sex sessions.

So I go to the site. I see a profile of a guy right up my alley (with a few things not quite up my alley but thats just par for the course) who has commented on a picture of a naked woman.. remarking that he in fact likes a natural bush.

What?? A guy who doesn’t want his women to look like pre-pubescent girls? I nearly messaged him.. but since its that scary fetish site.. I didn’t.

Yes, I am chicken.

So I mess around a bit today. Bored and lazy. I get a message from some guy on OkStupid who lives like half way across the country. I reply. He replies. I reply.

It wasn’t a rocket science conversation. Just a “Hi how are you?” polite small talk, but as I received his replies I noticed that I was actually entertaining the idea of “would this work?”. In our conversations, it was kept clean.. there was no suggestions or inferences to anything lewd or sexual.  Just a calm getting-to-know-you tone. It was nice.

So the way my brain works.. I started thinking about POF and how I’d not received any notices from there in a while. I went to check it out.

Did you know POF now has a site for people who are just looking for long-term relationships?? POF threw an ad at me for it, and following today’s karma, I signed up. I immediately found 3 guys in the area who were “do-able” and had real profiles.

By real profiles, I mean they weren’t bragging about how rich they are, or how awesome they are, or about how they’ve travelled the entire globe twice.. or 3 paragraphs on how great of a person they are because they volunteer at -insert large charity here-.  It wasn’t an advertisement of “I’m awesome, you should be proud to win a date with me.. Apply here.”

They simply stated a little bit about who they are, what they like to do, and what kind of woman they’d like to be with. They also clearly stated if they were just looking for something long-term or if they were looking to get married.

It was encouraging.  Maybe there are still a few good real guys who like real women and want a real relationship.

And maybe.. if I’m real lucky.. one of those guys will also be just a little kinky.. like me.

Date or Sex Buddy Audition?
Dating Again
How to turn me on.. or so it seems.. (aka I might be a man)