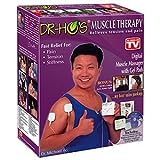 Yesterday’s appointment went well.. better than expected.  My doctor had his dog in the office.

There is nothing more revealing about a person’s nature than how they interact with animals.

My doctor’s dog is a very large English bulldog. Bulldogs by nature always look mean to me. However this one was about as fierce as a teddy bear, and loved attention. She might actually rival my dog for the title of “attention whore”.

While I was waiting on the doctor, I stood in the waiting room. (sitting or bending causes me significant pain, so standing it was, even though standing causes pain too). Since I couldn’t bend over to play with the dog, I couldn’t pet her.  Obviously the dog was not unfamiliar with this, as she quickly leaped up into a nearby chair putting her at a height I could reach.

We had a little play session. I tried to pet her and scratch behind her ears. She tried her best to lick me. It quickly became a game, and just as quickly I was laughing with/at the dog.

This is when DM (my future husband) peaked around the corner to see what was going on. He saw me and smiled.

“She wants hand-time.” He said, clearly trying to tell me something about why the dog was doing what it was doing. Unfortunately, I didn’t understand what he said.

“Scratch the chair.” (This would have meant bending over. It wasn’t going to happen.)

“Sorry, I’m not understanding what you’re talking about.”

“See she likes to play with your hands.”

See.. that I already knew. “Hand-time” however can me a lot of things.  Had I leather gardening or working glove, I’d have tried to rough house with her a bit. I have learned through lots of past experiences not to encourage a dog to teeth-to-hand combat without a little safeguard. (It also helps the dog know when it’s appropriate to bite a hand in play.)

Anyway, I get to the back where I’m supposed to lay down while he places TENS on my back.

“Lay on your stomach for me…. Oh wait, is that uncomfortable for you? It was painful yesterday wasn’t it?”

“Naw it’s fine. It’s only painful if I laugh. So no funny business.” I joke and let out a light chuckle.

He promises not to be funny (he ends up failing btw), and I lay down.  We proceed to discuss dogs, life, etc. We even play with the dog still. He’s fantastic with dogs.

We discussed music, and he recommended a band to me. One that he obviously liked, and hoped that I would too.  I’d never heard of them before, and from his description, I doubt that I will like them.

Then I go in today. The last couple days, he’s come to the front when I get there or I’ve seen him around before I head back to the gym part of the office. Today, he was nowhere to be found.

I was scared that he wasn’t in today, and got really nervous about having to work with a different trainer.

Today, the Doc did my adjustments first before sending me to the gym. And I’m supposedly all aligned properly now. (We’ll see)

Doc takes me back to the gym and announces, “DM, Maruska was just telling me how much she enjoyed yesterday and how wonderful you are. She can’t wait to get started with you again today!”  (I said nothing of the kind, and tried to keep my face from turning wildly pink.)

DM turns around, looks at me and smiles. He gets me started doing exercises. Squats with a ball. It’s like a modern day medieval torture. Fortunately it’s the only exercise that is that way.

The gym is full at this time. He has 4 others besides me that he’s working with, and I watch him work. He’s polite and chatty with them all, but briefly chatty. He barely speaks to me.  I watch for signs that he’s flirty with others, and there’s one girl that he’s a little more chatty with than the others.

She’s cute and well-dressed.  I am of course in the only clothes I can manage to put on in my state… knit lounge pants (essentially warm weather sweat pants) and a t-shirt.

Her hair is done and she has makeup on, and looks pretty.  I have “I got out of the shower and let my hair dry while lying in bed” hair, and a smattering of foundation/blush which was as much as I could manage today. (Mon-Tues I didn’t have any makeup on at all. Me + pain ≠ pretty.)

It’s hard to say, but the flirting with her was very short lived.  He seemed to rush around trying to get everyone finished, while I waited for my next exercise.

Then it was only me and her. She was hooked up to the TENS unit, and I on the table next to her.

“Ok, sorry about that. I have some stretching I need to do to you.”

He proceeded to grab my ankle and lift it.

I smiled in agreement, “Yes, though that leg is the one we just ‘fixed’ so to speak, so I’m not sure how far up it’ll go.”

“Oh? Ok well let me know.” He pushes my leg up higher.

“It’s not quite where the other leg is, but this is much better than Monday” I comment.

“Oh yes, this is a good 30 degrees difference.” You can see he’s refraining from mentioning that I’m flexible.

He puts it down and starts on the other leg.  By this time, the other girl is done with her TENS.

He and I’d been chatting about things we like to do, and as he’s walking away to help her, he asks if either of us has been to the Alamo Drafthouse Sing-A-Longs.

“I haven’t but I keep meaning to” She replies flirtingly.

“I’ve not been. They sound fun, but it’s usually music I don’t want to sing along to.” I reply.

He turns and replies to me, “They had a Michael Jackson Sing-A-Long last year.”

“Oh I must have missed that one”

“Well, I mentioned it because that stuff is impossible to sing along to.”

We both laugh.  He then asks if we’ve gone to the quote-alongs there.

At this point the girl seems to have given up, and simply replies, “No”

He continues his train of thought stating that he finds them a lot of fun.

I interjected. “I really wanted to go to the Princess Bride one, but it was sold out before I could get the website loaded.”

“Exactly! That one would have been awesome.”  (seriously, no one can blame me for wanting to lock this guy in my basement – if I had one)

The girl leaves, and it’s just me and him… and I think another guy.  He comes back over to where I’m laying, and says he has another stretch.

Now in previous visits, he’s insisted that I do this stretch myself.  Even when it was just him and me there.

Today though, he does it himself. He pushes my knee up to my chest, pushes.. pushes..

“Ok, when.. it’s getting uncomfortable” (my bad hip)

We talk and joke around some more with his face just a few feet from mine, and him essentially laying on top of me. *****insert daydream******

“Yeah that’ll work, but you can press more if you want.”

He presses much more, and this time it kinda hurts.

He laughs. “I was starting to think there wasn’t a ‘when’ with you.”

We finish the stretching, and he walks over to his desk, grabs a ziplock bag and shows it to me. It reads “Maruska Morena”. 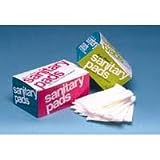 “Yes, you have your own special pads!”

There’s a one second awkward pause while I realize that he’s talking about the TENS unit pads.

We both start laughing.

“Yes, SPECIAL pads!” I say in a very Church Lady voice. I can’t stop laughing, and he doesn’t seem to able to either.

“TENS pads they’re much better than.. uh… other pads. These are your special pads. Much better than .. knee pads!” (It’s obvious that he’s happy he found an ‘innocent’ type of pad.)

“Knee pads?” I stop laughing just enough to see where he’s going with this. He’s obviously still trying to dig himself out of a hole.

“Yes, those pads you put on your knees to scrub the floors” (Seriously, you can tell he’s grabbing at straws.)

“I don’t get on my knees to scrub the floors. I use my steam mop.”

He obviously misses something in what I said..

“Umm ok. Er.. Steam… Wait, you’re talking about something to clean the floors right? not some kind of special pads?”

I laugh my ass off.

“Yes it’s a mop, but it does have special pads too.”

We were both laughing so hard that I can’t believe the rest of the office didn’t walk down to see what the issue was.

My time is about up when he asks, “What are your plans for the rest of today?”

Sadly I admit, “Well go home, try to sit up long enough to send out some resumes and job hunt.”

“What kind of work are you looking for?”

I’m frank (as I usually am), “Well anything at this point would be awesome, but social media or writing really.”

“You know about insurance?”

“Uh, I know it exists? I have insurance… ” I say in a tone that clearly asks where he’s going with this.

Turns out he has a friend in a pyramid thingy of sorts, and wasn’t interested in it himself, but figured it might help me get through the rough patches.

He goes to his office, and writes something down on a piece of paper.

He hands me the paper. It has his friend’s name and phone number.. and his own full name.

Unfortunately Google isn’t being very friendly.. but I can now stalk him much much easier.

Excruciating Dates: When his not drinking makes you really want one.
Mental Help Please!
He told me I was his regret...

6 Responses to “Because I have them special pads”