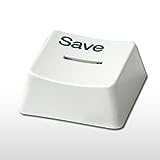 So.. My little office “romance” is going .. well.. crazy-making.

Last Saturday, Sterling and I chatted nearly non-stop all day about everything except work. Then he seemed to not wanting anything to do with me the rest of the week.

Today, I manage to get him talking about his favorite movie which I watched a couple days ago.

And somehow he managed to think I hated the movie. I said I liked it several times. Several times.  But it’s not nearly as funny as the original version of the Hangover.  Sorry Sterling, it’s just not.  (It would be like comparing Little Miss Sunshine to the Hangover.)

After that, he went off on his own little merry way of not talking to me again. He was also being snarky when I asked him work-based questions today (even before I brought up the movie).

So.. I don’t know what crawled up his ass and died. I don’t think it’s anything I did, nor do I really think he reads this blog.

My guess is that he’s married (btw finding anything in Google about his personal life or even finding him on Facebook is like trying to find cheese in a house filled with mice) or work is pilling up.. or both.

Ball is in his court. He can have it.  Maybe when whatever is lodged in his ass comes out, he’ll message me.

I just won’t be holding my breath.

Confusion Brothers Update
Why I Hate Football...
I Am Not PC, I Like Mac