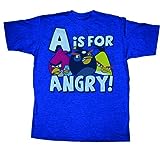 So about a month ago, I was joking around and a girl I don’t really like mentioned that we should have a support group for single women.

I got home and made an online support group and invited the girls from the conversation to join it. I thought it was funny.

So we all get to talking and sharing dating stories, when this week one of the girls goes out on a date and finds out the guy she’s on the date with is one of the guys another girl had made fun of earlier that week.

So she playfully shares this coincidence.  Next thing I know all hell is breaking loose. Neither girl is talk to the other, but they’re both talking to this guy. The guy is telling each of them what the other said.

Can you see how this could possibly blow up?  Both of them are friends of mine, and both of them now hate each other. I’m of course moderator of the entire group so I can’t take sides there.

One of the girls thinks I’m on the other girl’s side. At this point I no longer care. I tried to reach out to her:

Myself: (after the initial contact and her reply) “Anyway, glad to hear you seem ok with everything. I don’t know what all went down, but there are vast differences in your stories, so who knows. I have a feeling the guy is partly to blame in all this. *shrug* You’re probably best walking away if he’s adding to the drama.

Ugh I so hate drama. It’s so exhausting.”

Her: “Jesus…there is no way for the stories to differ…there’s the reality and thats it. give me a fucking break. the guy is embarrassed and she ought to know better.”

Myself: “Stories always differ. It’s a matter of life and perception. I don’t know which is “reality” as you put it. There was no need for your tone with me. Hope you have a great weekend.”

Her: “no tone, just words. i believe the internet is isolating us all.”

AAAARE YOU FUCKING KIDDING ME??

No tone? Sheesh, yeah no tone there bitch. None at all. Oh and if you think the internet is isolating? Get the fuck off my internet.

(Can you tell I need a place to vent?)

It doesn’t help that she has a friend (another mutual friend) who decided to do some attacking and name calling of the other girl.

Who said what.. who’s wrong?  I don’t know.. but if you’re going to treat me and my group like shit.. guess what..

Get your fucking judgmental bitchy asses who can’t handle conflict like grown fucking women out of my damn fucking internet space.

Btw both of these women pride themselves on being zen and relaxed and above it all. (That in my experience is code for – difficult judgmental condescending uptight drama queens)

One of them even says shit like “This wasn’t meant passive-aggressively or sarcastically (two languages I no longer speak), so I have no idea how anything was taken.”

Now the other girl here isn’t an angel either.. I’m not saying that at all.. hell all three are at fault for me nearly wanting to go all homicidal on their asses.  But at least she was communicative and cooperative, and didn’t throw around words like.. “Oh there’s too much negativity.” and “I just can’t be around such negativity is not beneficial”… 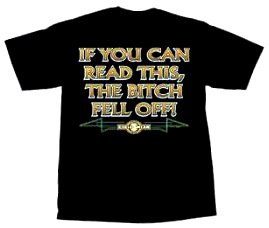 (It’s no fucking wonder that I have very very few real girl friends.)

Btw both of the girls left the group rather than even attempt to stay and work it out. Throwing out accusations, but not even being in the remotest interested in finding peace.

Yes, it’s zen to hold onto your anger. Didn’t you know?

He confuses me. He'd better not be gay.
The Best & Saddest Night: AKA Why I'm Single
Day Two: I'm already missing my geeks