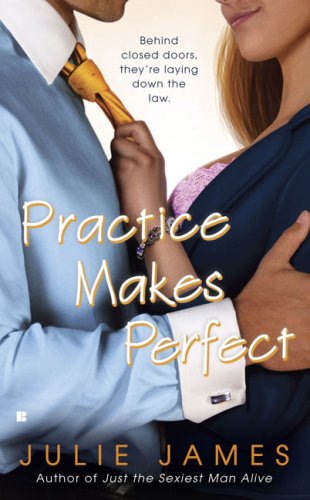 My new job has a couple of office locations and we all talk and work together through our little internal internet chat. As such most of the people with which I work, I’ve never actually seen.

When we have questions about something.. and since I’m still new I have lots of questions.. we have a hierarchy of people to which we’re supposed to ask those questions.

After the first day, I learned there were people I could ask and get a non-condescending answer and might learn something new, and there were people who .. well I’m not going to say they are a complete waste of time, but more often than not.. you’ll walk away having wasted an hour learning nothing and not getting your problem solved, or you’ll end up with a solution after getting so frustrated that you wonder if life might be better if you’d just have killed them and let the problem go unsolved.

Work is good, when it’s good, but there are days when it’s just bad bad bad.  But work is much better when Sterling is there.

My second day on the job, I was supposed to go to my supervisor for help, but he has a way of helping that makes me think he thinks I’m a moron incapable of learning, or at the very least incapable of knowing the difference between a real problem and a id10t error. This way of treating me does not make me want to ask him for advice or help, as I end up spending the first 10-15 minutes of our conversations explaining to him in vast detail exactly why I think there’s a problem, which wastes my time and the customer’s time.

So having figured out that my supervisor and I weren’t going to be work-soul-mates any day soon, I went to look for help elsewhere.

Thats how I met Sterling.  He works at a different office, and is essentially “my boss” on the same level as my real supervisor.  Our first conversation, and I was in deep like. If he’s found my questions annoying, he’s never let on about it anyway. He’s sweet, patient, and a good teacher.  He seems to “get” my conversational style, and we work very well together.

Over the last month, we’ve chatted nearly every day. He has a slightly different schedule than I do, so we only work “together” 4 out of our 5 day a week schedules.  But on those 4 days, we talk often. He is my go-to when I have questions. He takes time to teach me stuff, and doesn’t talk down to me when I say things like:

“Um.. could you speak english? Cuz that looked like gibberish to me.” (When he posts paragraphs of code that is supposed to answer my question, or replies with way too technical of an answer.)

So.. yeah.. I have a major crush on Sterling.  So far it’s just a work-crush.

I have heard his voice on the phone though, so soothing and manly hot.  -le sigh-

This last week though, I’ve gotten the sense that my little initial “omg he gets me” / “we’d be great together” feeling is actually real, and that he feels it too.

A few days this last week, he was busy with this – that – the other thing – that I had to find other people to pester with my questions. He would apologize for not being available to me (again he’s not my direct boss, so he’s not really required to devote any kind of time to me).. send me messages out of the blue.. and send me little gripe conversational messages about how his day was going.  Obviously, he, at the very least, considers us friends.

The last we spoke, he was leaving for his weekend and started a conversation about what did I have planned for my weekend? He’s far enough away that it wasn’t code for, “I want to ask you out”, even though I did end up offering to let him join me in my plans if he came to town. What? I share… sometimes. 🙂

S – “So what are your plans for your Friday?”  (His “Friday” is the day before mine)

M – “Well, nothing yet. What are your plans for your Friday? Please say something exciting. I like to live my life vicariously.”

M – “Well, I am going downtown tonight to grab some beers with friends. If you’re needing something fun to do, I suppose you could drive to Austin and join us.”

M – “Well, I’m just trying to help you find something fun to do.”

We joke, and I suppose in that we flirt a little. I’m just getting the sense that we’re becoming something a little more than just people who work together.

This is my little office “romance” and we’ll see where it goes.

Most likely, he’s married.  If not, with my luck, he will look like a warthog.  But for now, this is fun.

Defining Different
My WTF Weekend Adventure
Where Does The Time Go?