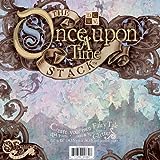 Yesterday was.. odd, to say the least. I had a meeting with a client at a Coffee Shop, and it was harrowing.

and.. “So, what do I press to message all of a person’s followers at once?” (He wanted to mass message a bunch of people who were following someone else.)

I wondered if I was getting paid enough for this, as every time I explained something he seemed to completely not understand the concept.  He even hired other people to set up his blogger account for him. His computer savvy was limited to “I can type”.  So I guess that’s a start.

But after 2 hours of mental “Headdesk”, I needed a break and decided to linger at the coffee shop sipping tea after the meeting was done.

I refill my tea, and return to a nearby seat on a couch.. when..

“I hope this doesn’t bother you”

I look over and see its the mother-fucking hot guy I’d noticed earlier. I look at him like he’s off his rocker because I didn’t know what he was talking about.. and my brain was a little worn out from trying to relate to my completely internet stupid client.

“I’m testing this game I’m working on, so I’m sorry if this bugs you but I need to have the sound on.” He was genuinely apologetic and sincere.

I could barely hear it, but a hot guy was talking to me.. so of course I wasn’t going to complain. I instead took the opportunity to inquire more.

“Oh don’t worry about me, I’m just needing a little break before I head home. My brain feels like it’s been through the blender.”

He snickered, “Yeah, I kinda heard a bit of that.” He smiled apologetically, relaying that he too would not have had the patience needed to deal with my client.

“So whats this game you’re working on?”

He holds up his phone to show me. (I don’t want to give away his trade secrets, so similar to “Whack-a-mole” is all you all are getting.)

“Oooo that looks fun” I say with a “oooo can I play it right now” tone. Because I really really wanted to whack something.

“Sorry, I’m still working out the kinks.” He smiles some more and we get to talking about what it is I do (or at least part of what I do).

He gets excited. No no.. stop your dirty minds! He’s been looking for some help with his social media, and can barely contain his excitement at meeting me.  (So he may hire me in the future.. money, the next best thing to regular sex.)

Anyway, we’d still not introduced ourselves at this point, and I’m watching him code over his shoulder (I really miss doing that btw) when he switches windows to his Facebook screen to show me his current social media efforts.  I see his name.

I recognize his name.  It’s a normal average name, but it just registers in my head and I realize… OMFG, I KNOW THIS GUY!

So I start spouting off everything I know about him.  Stuff that only someone who knew him would know.

His eyes get BIG.  He’s seriously attempting to figure out who the hell I am, and how I know so much about him. Pretty certain that at one point he had a fleeting thought that he should be scared.

“I soo cannot remember you. I’m sorry. How’d we meet?” He looks a little panicked at this point, and is asking for any kind of clues to help him jog his memory.

“We met through OkCupid I think. We emailed for a while, then you invited me to come see you play some place down south…..”

He interjects, “Oh yeah, you came to my concert. Wow I totally did not recognize you.” He studies me for a minute. I think he was trying to find the girl he knew somewhere in my face.

I didn’t recognize him either. He was attractive back then, but mother fucker he got much much hotter since. I tell you this guy is smoking hot. George Clooney with a geek twist – hot!  I want to have his babies..

Unfortunately, I showed up with no makeup, and my hair pulled back in a barrette. In other words, I looked like hell.

“You know, I think we’re friends on Facebook too.” I said and laughed. He still had his Facebook up and checked. We weren’t anymore.

“Oh, I have no idea what happened, but here..” He clicks to add me as a friend, “that’ll fix that. I’m sorry for that. I don’t know what happened.”

(I however do. I’m pretty sure that after he hadn’t called in ages, that I got tired of hearing his updates about his travels and events and what not, so I unfriended him. I was pretty disappointed. I just let him think it was his fault. Serves him right.) 🙂

We talked some more about our current lives, and he asked for my card. He stressed that he really wanted to find someone to do some social media work for him, and was so glad he ran into me.

So I’m not expecting a date to come out of this. Our first and last date, he wasn’t interested.  I was much hotter back then, dressed up, with makeup.. and we had a great conversation, easy relaxed “we get each other” vibe… yet he still never called.