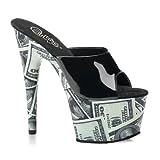 Last night after a meetup with a strange group of people, I found one girl that was normal. We began talking, and discussing the food at the bar. I’d unfortunately made a bad choice earlier and ordered food. She was smart and abstained.

Btw, you shouldn’t call something a burger if it’s really a meat pancake (actually it was the thickness of a pancake that had been run over). Immediate burger FAIL!

So she was hungry and relatively new to that area. It was after 10pm, so I was trying to think of anything that would be open and nearby and failing.

So I asked a group next to us if they knew of a place, they did, and then they wanted to join us.

One, I’ve known for a while or at the very least have run into several times at these things.  Getty has a little crush on him. He’s maybe 5’6, and probably 250 maybe 300 pounds.  He reminds me of Santa.  He’s uber nice, and he’s got some white hair.

The other one set off my alarm bells. I could tell it set hers off too, because she was immediately backing out of eating.  Just minutes before she was nearly orgasming at the thought of food, and now she was pretending to care less.

I whispered to her, “Don’t worry, I won’t leave you alone with these guys. I’ll come eat something too.”

The guy, I never did catch his name, was being extra-attentive to us in an overly eager way. Asking all sorts of questions, and coming off a little skeevy though he’d not asked anything truly inappropriate.

At one point he asked the girl where she lived, as in what part of town. A common get to know you question, but I saw her alarm bells go off.

Long story short, we all went to go eat. Me, the girl, Santa’s lil bro (SLB), and Skeevy.

We get to chatting. SLB is a great conversationalist and fun for dinner conversation. Skeevy seems to be just one notch off from the rest of us. He probably has ADD. His additions to the conversation were always one or two logical steps away from what the conversation was actually about.  So a topic started about great grocery stores, in one leap, turned into a conversation about sneakers.

I dreaded him opening his mouth.

Then we began talking about what it is that we all do.  When the conversation came to him…

I swear to you… every time I meet a single doctor.. it’s always Mr. I’m-socially-inept-and-unable-to-carry-a-conversation-but-I-do-pull-off-Skeevy-very-well.

Well I guess I should call him Dr Skeevy now.

Turns out he’s one of those insurance doctors.  You know the ones that say “Yeah this is a valid claim” or “Denied, try this first.” 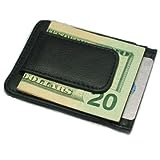 After that,  throughout the conversation any time he could mention that he lived in Ritz-Apt-Central (a particular living complex that is so pricey that only the truly rich can live there), and that he also had a house up in Dallas.

Yes you can easily tell who hasn’t adapted to Austin.. because they honestly think that name-dropping or hint-dropping that you’re rich will make them attractive.

This is Austin. Doing those things generally gets you on the “Player” list or worse “What a superficial loser” or “Pompous Ass”.

Most of Austin couldn’t give a shit if you’ve got $20 or $2 million… well unless they need a loan or want to rip you off. 🙂

We’d much rather that you just be yourself.

He seemed a bit puzzled that none of us cared or even gave a crap that he had a rich apartment and a house.

There’s something to be said for wealth making someone attractive, but this guy would need to be a hell of a lot richer to make him do-able.

Its All In Who You Know
Experience With Suburban Clubbing
Yes, no , yes, no, yes, no.. The date that almost didn't happen

2 Responses to “You don’t have to be rich to be sexy, but some people need the help”