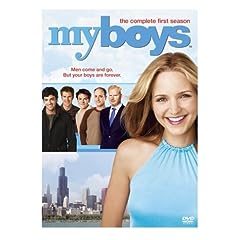 Moxie In The City has a post today that I feel the need to speak a few words on.

“I am always wary of women who say they don’t have a lot of female friends or that they don’t “relate well” to other women.”

“Maybe their feminine nature or love of getting mani/pedis makes you wonder of there’s something wrong with you that you aren’t in to those things? I’m not saying there is something wrong with you. I’m suggesting that maybe you’re the one with an idea of how a woman “should” be and that that is what’s keeping you for effectively connecting with other females.”

In many ways, she’s right. Women who don’t get along well with other females (I’m not talking about frenemies, but actually relating) often have insecurity problems with women.

Talk to any man who doesn’t understand women. He’s got insecurities with women. Stick him in a group of women talking about hairstyles and nail color, just see what happens.

However, there are plenty of men who do get women.. or at least can relate well to them. Given, most of these men are very effeminate and gay, but still men.

So it goes to reason that women who relate to men better than women, might also be a little masculine.

Which is where Moxie heads next:
“The main challenge you’re facing, I think, is that these men you’re friends with don’t find you particularly feminine.”

And she implies that her constant exposure to solely men has caused her to be a little more masculine in her relationship skills.

In many ways she’s probably right. In some ways, she’s probably not. It has to do partly with how you’re wired on the inside, and partly due to external causes.

Sure sure, hanging out with more women would probably help her get a better grasp on makeup, clothes, flirting, and other feminine wiles.

But it may not in reality change anything about this girl. Its possible that the superficial changes might help the girl to be more physically attractive to the opposite sex.. but I’m not seeing in the girl’s letter that physical attraction is the problem.

My guess is that she has some mild case of aspergers or ADD which affects women in different ways then men. This “faulty” wiring causes her to find women exhausting, catty, and superfluous. Since men have a simpler social structure, pecking order, and ways of fighting, she finds being social with them much more productive and relaxing.

Since there aren’t a whole lot of these kinds of women, most men aren’t accustomed to it. Instead like most people, jump to conclusions that she cannot be trusted to be faithful and that she is in fact sleeping with one of these men. Or.. that there is something fundamentally wrong with her.. Which might be true.

I agree though with Moxie that this girl does need to seek out women who share her interests. Having a few girlfriends really does help.. If not just so you can commiserate about how guys suck. 🙂

In the meantime though, she needs to start differentiating how she reacts and relates to the different men in her life. My guess is that she’s treating her dates much like she treats her guy friends. He is not her friend and she doesn’t want him to be.. seriously.. she doesn’t want him to be the kind of friend like her guy friends. Once he’s that kind of friend, sex is off the table. There needs to be a difference between what she shares with him and what she shares with her guy friends.

Actually, all this makes me think of that TV sitcom, My Boys

. Now if only I was smoking hot, played poker, and liked sports.